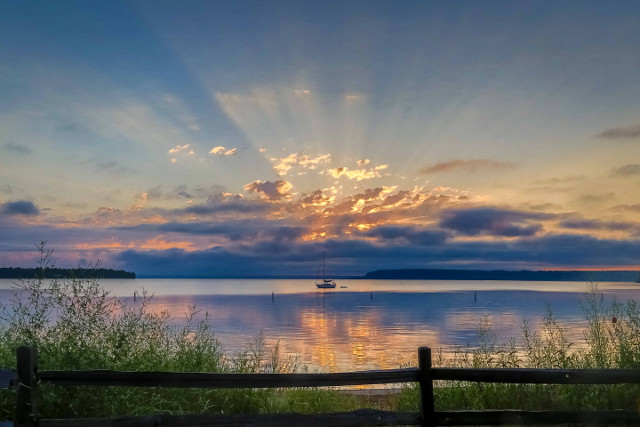 From Kevin:  "This was taken by a camper in Peninsula State Park while I was anchored in the bay there during my three week cruise this summer. The picture was taken at sunrise while I was still asleep. A storm was approaching, all the other boaters departed the night before leaving me alone for the night. I know I was asleep when this was taken because the first thing I do when I get up is to turn off the anchor light. I woke up as the wind shifted and the waves started to build. I departed the anchorage a short time later. I returned to the bay a few days later and the camper paddled out in a kayak and asked for my Email address so he could send it to me. This is probably the most spectacular picture anyone has ever taken of my boat."